As the eighth and final season of Game of Thrones slowly approaches in 2019, various cast members are taking time to look back at their stint on the show and what it means to them. Case in point, Gwendoline Christie recently opened up to Evening Standard Magazine about her role as Brienne of Tarth and the fact that her friends were surprised she’d even want to play the part.

“They saw all of the fighting, the physicality, the fact that it was a character who was constantly being described as ugly,” she said. “None of the people who knew me could understand why I would want to play that part.” 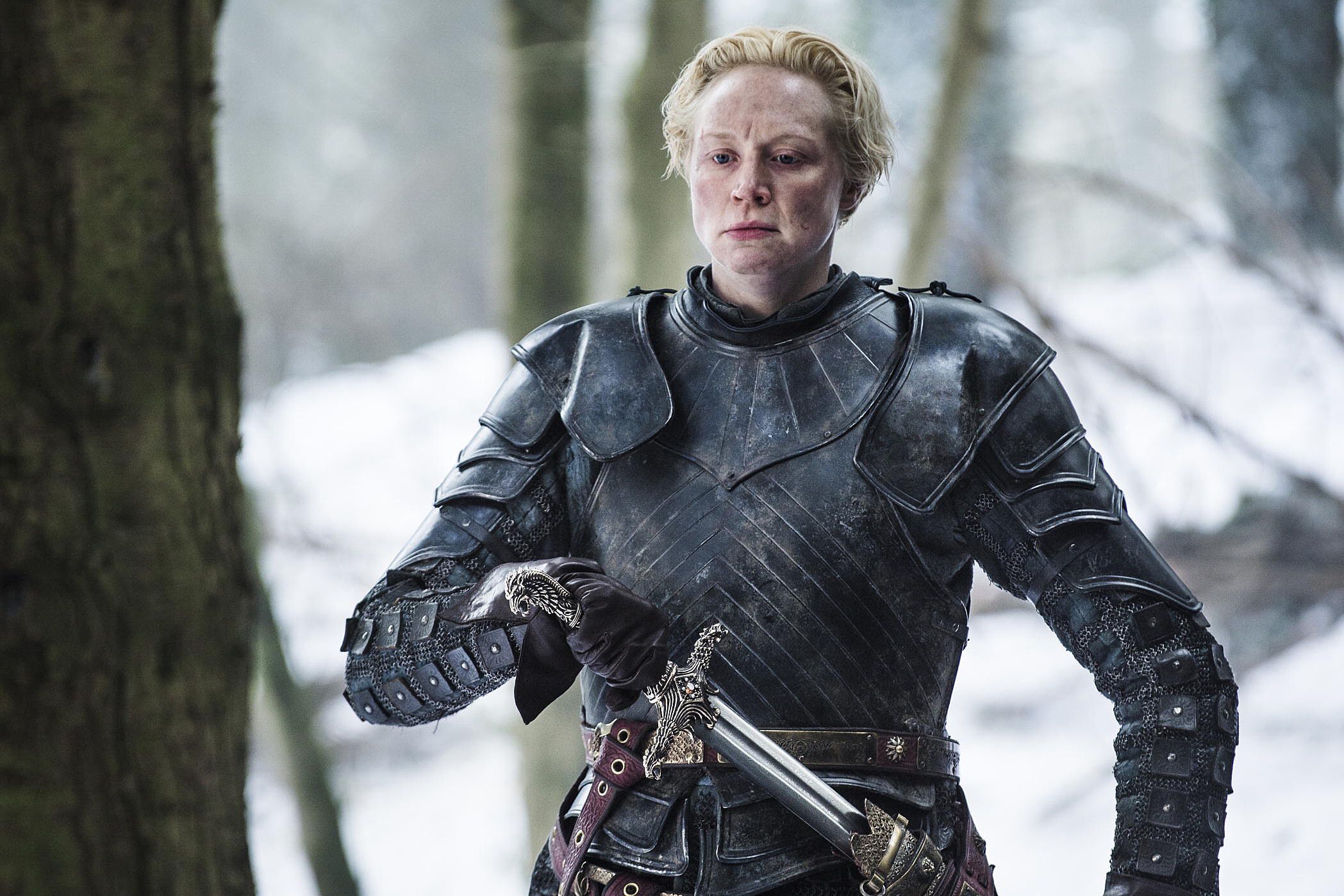 Christie knew that Brienne was described as homely and even ugly before auditioning for the role, but that’s why she embraced it. “I know how generic it sounds but it just was, in every sense of the word, incredible that that part should come along, made for me in a way that none of my friends would’ve identified for a second,” she said. “I had to cut my hair, change my body, strip off my make-up. This is not the person I have presented to the world at all.”

Because of her height (just over six feet), Christie says she was bullied when she was young. “You either think, ‘I’m unconventional and there’s no place for me and therefore I should disappear.’ Or you think, ‘Good, I’m happy to be on the outside, because if this is the small-minded, mean, uncompassionate viewpoint of the inside, then I don’t want to be there.'”

I’m happy out here with all the other leftovers, who show love and support for each other. All of the inconsistencies, complexities and ugly parts — whatever that might mean — can exist and beauty can be made out of it. That’s what I want beauty to be. Christie has capitalized on her success as Brienne on Game of Thrones. In 2015, she played the mysterious and chromed-out First Order stormtrooper Captain Phasma in Star Wars: The Force Awakens. Although her time on screen was minimal, she did reprise the role in 2017 for Star Wars: The Last Jedi, where her character met her end at the hands of Finn (Jon Boyega).

Still, she will return to that galaxy far, far away, as the voice of Phasma in Disney’s new animated series, Star Wars Resistance (set before the events of The Force Awakens). And beyond that, she has a role in an upcoming Robert Zemeckis film, Welcome to Marwen.

When Game of Thrones does return at some point in 2019, expect Brienne to be fighting with the forces of House Stark against the Night King and his undead army. Here’s hoping she makes it out alive.

Next: Welcome to the WiC Club!

Watch Game of Thrones or Succession for FREE with a no-risk, 7-day free trial of Amazon Channels