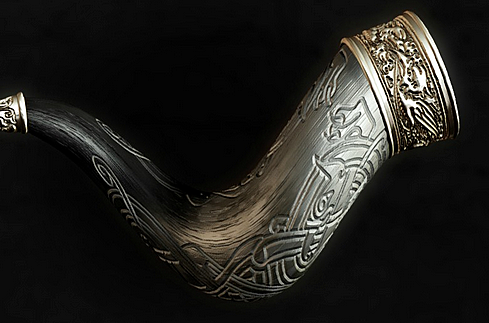 2016 passed into 2017 without George R.R. Martin giving fans an official update about The Winds of Winter, the next book in his Song of Ice and Fire series. However, the author did address the subject briefly on his Not a Blog.

Reader justanidea123 asked if Martin had ever consider writing a “tell-all” about Winds. “For example you could state how long you would like The Winds Of Winter (or maybe the series) to be,” justanidea123 wrote, “how much you currently have (though obviously not what POVs or the content of the chapters), and a general outlook, but no time-line.” The reader’s hope is that this might trigger a “moratorium” on fans asking about when the book will be finished, a question Martin gets all the time.

If you think a “tell all” or update on WINDS OF WINTER would stop fans from asking about it… well, I love your optimism, but my own decades of experience suggest otherwise.

There are only two things that will stop people asking me about WOW:
(1) my finishing and delivering the book, or (2) a giant asteroid hitting the Earth and destroying human civilization.

However, I know perfectly well that the moment I announce the completion and delivery of THE WINDS OF WINTER, I will start to get emails demanding to know how A DREAM OF SPRING is coming.

Like Martin, we love justanidea123’s optimism, but agree that no amount of information would ever stem the tide of questions about when The Winds of Winter will be released.

And despite whatever frustrations we might have with Martin’s writing pace, its hard not to feel for the author. Martin’s tone above suggests a man resigned to his fate. It sounds like the obligation to finish the series is weighing on him.

Incidentally, the reader posted about his Not a Blog comment in this Reddit thread, and it’s already generated well over 700 comments in 24 hours. Clearly, interest remains high. Whether the book gets released or that asteroid comes for us, the wait will eventually end one way or another.